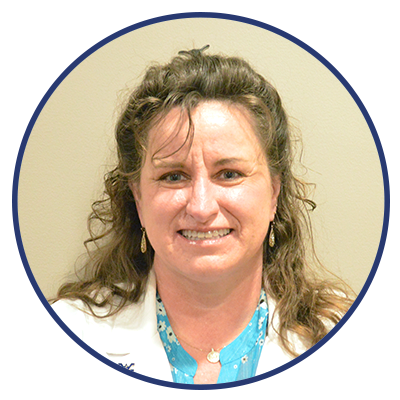 Melissa Defibaugh attended West Virginia University and graduated from the WVU School of Pharmacy in 1996. She received first place in WV Patient Counseling Competition that same year as well as the Roche Pharmacy Communications Award. Melissa is a Certified Immunizing Pharmacist. She served on the WVU School of Pharmacy Committee for Continuing Education for seven years and is a member of WV Pharmacists Association. She is a former member of the American Pharmaceutical Association, Lambda Kappa Sigma Pharmacy Service Fraternity, and Phi Lambda Sigma Pharmacy Leadership Honorary. Recently, Melissa received the VHC Employee of the Month Award for Effective Leadership. Melissa was raised in Mill Creek, WV where she still resides with her husband and two children. Melissa said, “I feel extremely lucky and proud to be able to offer a valuable healthcare service and pharmaceutical care to the community I love and grew up in.” In addition to holding the position of Director of Pharmacy for Valley Health Care Pharmacy, Melissa is an active citizen in southern Randolph County. She has held multiple offices for Upper Valley Youth Soccer League for over eight years. She volunteers at George Ward Elementary for various events and committees, in addition to the WV Read Aloud Program. She has been the March of Dimes Walk America team captain for three years and a participant for eight years. She also participates in the Walk to End Alzheimer’s and is a team captain.